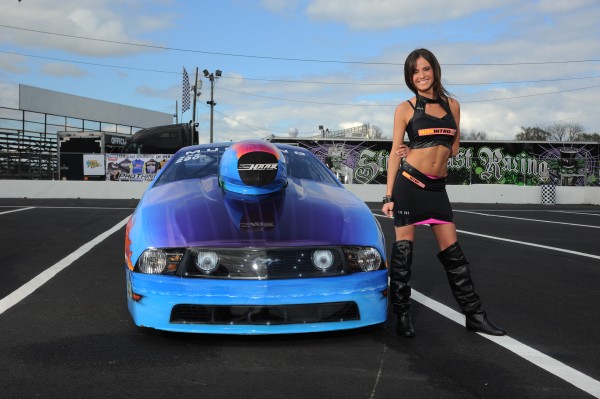 IRG Sports and Entertainment in conjunction with the International Hot Rod Association (IHRA) are excited to announce the addition of Lea Anne Powell as Miss Nitro Jam for 2015.

Miss Powell is an accomplished racer and spokesmodel, will travel to all Nitro Jam Drag Racing Series (NJDRS) events during the upcoming season and will serve as the face of the series.  She will help coordinate fan activities, lead on-track entertainment and be a major presence at all NJDRS events in 2015.

Powell and the rest of the stars of the Nitro Jam Drag Racing Series will partake in a 9 month, 12 event journey stretching from South Florida to Northern Washington and even into Canada starting in February and ending with the Summit Racing Equipment World Finals at Memphis International Raceway in October.