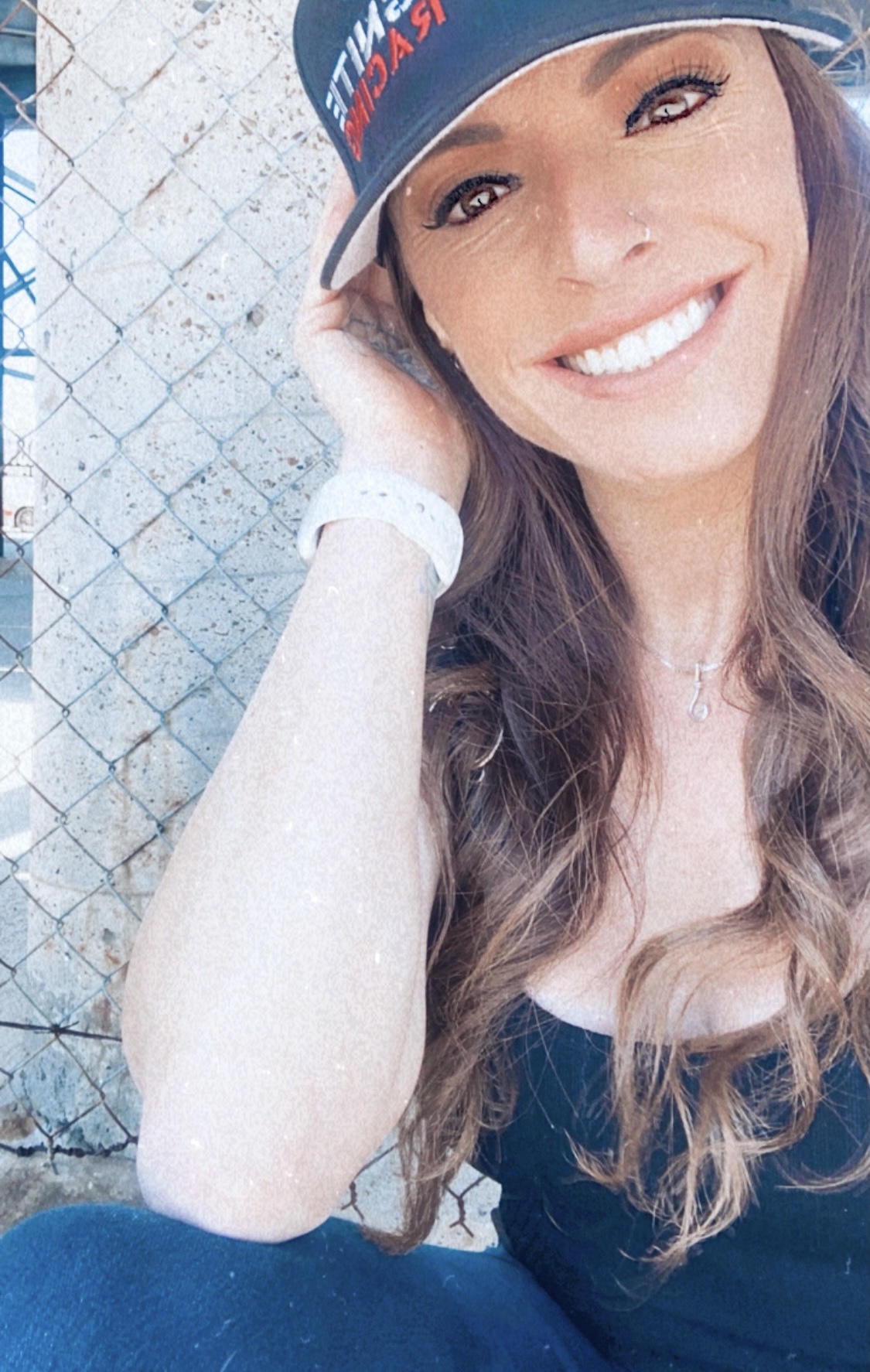 Originally born and raised in Georgia Lea Anne is a true ‘Southern’ at heart but through her pursuit of auto racing Lea Anne has resided in California, Florida, Texas and Dubai as well.  The proverbial ‘apple doesn’t fall far from the tree’ is so applicable here as Lea Anne’s mother was a race car driver in the Powder Puff Derby as a young woman in the 1960’s and her father owned an automotive shop when Lea Anne was growing up.  From a young age you could find Lea Anne in the shop handing tools to her father and learning first hand how to wrench on a car!  This experience later became invaluable in helping her understand and communicate with the race cars and teams that she drives with.

In High School, Lea Anne actually was a cheerleader and dancer but her true love (cars) had a hold on her heart and led her to pursue shop classes so her driver’s shoes replaced her dancing shoes! When Lea Anne was 16 she used money that was ‘earmarked’ for college to buy her first car, a 2000 Toyota Celica GT.  Lea Anne started to modify the Celica and pick up trophies at local car shows in Georgia but these car shows also allowed her an opportunity to network with other auto enthusiasts which led her to an introduction into SCCA Solo Events where she would attend as frequently as she could.  Her passion and ‘enthusiasm’ for racing certainly fueled her ‘need for speed’ and resulted in her license being temporarily revoked at the young age of 19!

The next evolution for Lea Anne was when she decided to purchase a 1994 Mazda Miata R and started to run Solo II events which quickly escalated into Road Racing at the infamous Road Atlanta race track!  When the motor let loose in the Miata, Lea Anne didn’t drop the Miata off at a shop for a replacement engine but she used the experience she gained at a young age working in her father’s shop to pull and replace the motor herself!  Lea Anne’s motorsports journey took her to Southern California where she began racing for Toyota of Escondido and driving a Toyota Scion FR-S.  With her talent and determination she took 2nd place in the 86 Cup Series WSIR and 3rd at Buttonwillow!

After posing with her Toyota Celica GT for pictures with the awards she was collecting at those Georgia car shows, she realized how she could ‘fuel’ her passion of auto racing.  With the high cost and barrier to entry into Motorsports, Lea Anne began to pursue modeling and being a spokesperson as an ends to a means to fund her professional racing career.  Lea Anne began as a spokesmodel for Z1 Motorsports and many other worldwide aftermarket brands such as a Rock Star Energy Drink, Dunlop Tires, and Pirelli Tires just to name a few.  Lea Anne went on to become Miss Nitro Jam and build a modeling resume and portfolio that many full time models would be envious of!

Lea Anne is currently engaged as a lead driving instructor at the world renowned Formula 1 Track Yas Marina in Abu Dhabi.  She continues to pursue her career goal of driving in the Pirelli World Challenge Series.  Lea Anne is available for select instruction appointments worldwide as well as sponsorship and limited modeling engagements based on availability.

Some fun facts about Lea Anne:

On her right palm she has a shift pattern that represents all the stages of her life.  The broken piston and rod on her right wrist represents the things in life that can break unexpectedly.  On her left palm is a T25 Turbo and on her left wrist is a spark plug which is a constant reminder that when things do break in life – you keep going!  Lea Anne has also taken a ricocheted bullet in the leg on a gun range!  When she isn’t pursuing her passion of racing and instructing you can find Lea Anne going full tilt on the trails with her ATV or dropping a line in the water either fresh or salt water fishing!  She also likes to play the drums on occasion and her daily driver is a highly modified 2015 Mustang GT.

Lea Anne is also an avid lady-angler. She fishes anytime humanly possible. Weather in the US on the east and west coast or in the UAE, wherever she can find a place to drop a line in. Typically, you can find her with her hand-line in hersuitcase anywhere she travels. She focuses on bass fishing as well as deep sea. In-shore and off-shore. From working on cars with her hands, its made the feel for the fish at the end of her line easy for her to detect. Be sure to know that if you end up on a trip with Lea Anne, you will have a run for your money as she is known to out fish the boys.