On The Water Resume 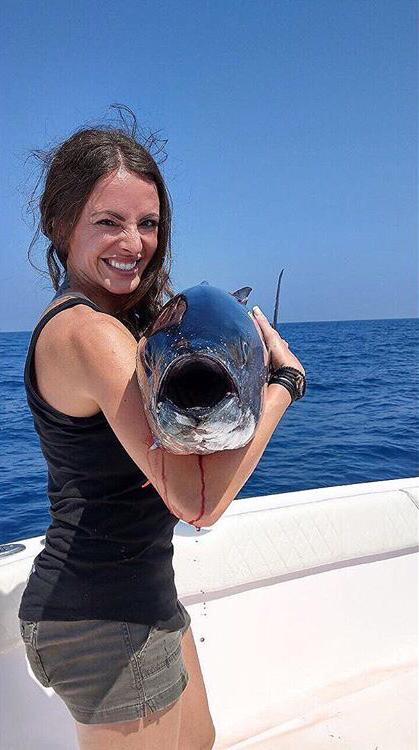 Lea Anne Powell is a fishing fanatic. She loves fishing saltwater as well as freshwater. She shines in both aspects of the sport and believes that the freshwater bite has made her a better angler all around. In freshwater she loves throwing the larger swimbaits and topwater plugs. For the saltwater game, she loves slow jig, fast jig, and the popper top water bite.

Lea Anne loves to practice conversation and preservation of resources of the area she is fishing. Catch and release is key based on the size and species. She loves to explore, and feels she is constantly learning and sharing new experience’s with her friends as well as her fans, and followers on multiple different social media platforms. She travels all over the world targeting different spices in both realms. A few highlight locations would be: Martinique, Guatemala, Australia, Thailand, Costa Rica, Fujairah, Egypt, Sharjah, Mexico, and Oman to name a few. There is an extensive list of locations to come.

Lea Anne was a guest star on The Sportsman Channel on the TV show Reel Bragging rights. She filmed 4 episodes working along side Jim Root who is well known for being the Smallmouth Bass whisperer. There has been talk about a show collaborating with Captain Wild Bill of Deadliest Catch. She is working toward her own television show one day.

Lea Anne started fishing at the young age of 7. Her cousin took her to a stocked Trout pond and the tug has been her weakness ever since. Now, in return she takes her cousin fishing any chance she gets. When she is not fishing, Lea Anne doubles as a social media analyst, professional race car driver, private racing coach and keeps her presence in the automotive world with the focus of automotive journalism.